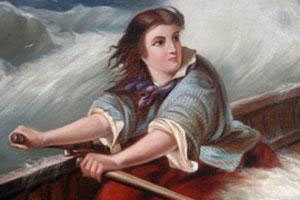 The RNLI Grace Darling Museum, founded in 1938, tells the story of a young girl who risked her life to rescue others from certain death in a terrible storm. 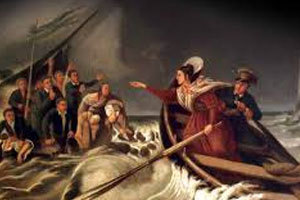 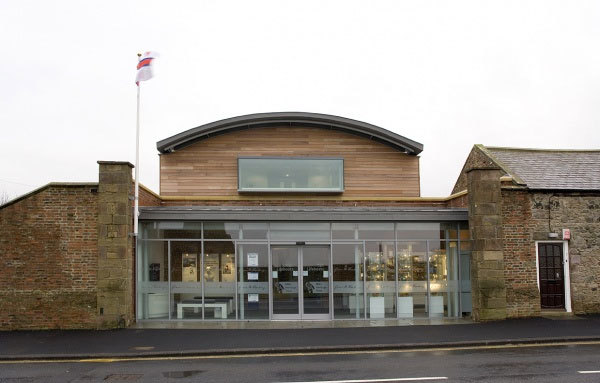 During school holidays we run events and activities for families. For more information please visit www.rnli.org/gracedarling.

If you want to bring a school or a group of more than 10 people please pre-book. The museum is a small space and is very popular with schools and coach groups. We would hate to disappoint your group.

The RNLI Grace Darling Museum needs your help. Our friendly Front of House team are all volunteers. Our volunteers also get involved delivering education sessions for schools and talks for groups as well as a variety of other tasks.

If you are interested in volunteering please call: 01668 214 910 or email askgracedarling@rnli.org.uk.

On the evening of the 5th of September 1838, the steamship SS Forfarshire left Hull for Dundee. During the journey one of its boilers sprung a leak, the Captain decided to continue. Had the weather been good and the sea calm perhaps all would have been well. As they sailed North the weather deteriorated and the ship ran into a terrible storm. By 6.00pm the following evening the Forfarshire was passing the Farne Islands and headed north towards Scotland. The boilers failed completely and as the wind changed direction, the SS Forfarshire was pushed back south towards the Farne Islands.

Mr and Mrs Darling and Grace were the only three in Longstone Lighthouse on the night of the rescue. Grace’s brother William Brooks had gone across to the village of Seahouses that morning to help his friends with the fishing and because of the storm had been unable to return home.

At about 4.00am on the 7th of September 1838, the Forfarshire struck the big Harcar rock and broke in two. Just after 4.30am that morning Grace spotted the wreck from her bedroom window. She hurried down stairs to tell her father. Because of the darkness and the spray being thrown up over the rocks they could not see any signs of life. It was not until 7am that they spotted movement on the rocks.

Grace and William set out to rescue the survivors in their coble which is on display in the museum. They knew they had to find someone on the rock well enough to help them row back. They left the security of Longstone Lighthouse not knowing whether they would return. Grace and William rowed inland of the Farnes, doubling their journey but giving them shelter from the raging storm. Realising there were too many survivors to take in one journey William jumped out onto the rock, leaving Grace to hold the boat steady.

There were nine people still alive on the reef. The survivors included one lady, Mrs Dawson holding the dead bodies of her two young children. There was also the dead body of a clergyman Revd. Robb. Mr. Darling helped Mrs Dawson and an injured man into the boat along with the other three men and they struggled back to the lighthouse. Grace remained there to help her mother look after the survivors. William and one of the men rowed back to the rock to collect the other survivors.

Meanwhile a lifeboat had launched from North Sunderland, now Seahouses. The lifeboat included Grace’s brother William Brooks. After rowing for many hours they reached Big Harcar Rock but found no survivors, and the bodies of the children and Rev. Robb. As the storm made it difficult to return to North Sunderland they rowed to Longstone Lighthouse. The lighthouse was full of survivors so the crew spent three days in the lighthouse outbuildings with very little food and no dry clothes. After three days the storm abated and the lifeboat crew rowed the survivors back to shore.

Grace soon became famous as the survivors told of the young girl, who with her farther had rowed out and saved their lives. Newspapers reported her heroic deed, people wrote asking for locks of her hair, artists arrived on the island to paint her portrait, poets to write verse and boat trips were organised just to take people out to look at her.

Four years after the rescue Grace died of Tuberculosis. She was buried in St Aidan's Churchyard and money was raised to build a monument in her memory.

In 1938, 100 years after the rescue, the Grace Darling Museum was set up to look after Grace’s coble, and other artefacts. In 2002 the museum was closed for refurbishment and re-opened in late 2007 on the same ground given in 1938. The museum sits in Bamburgh Castle’s walled garden, the garden Grace’s grandfather worked in, three doors away from the house she was born in.