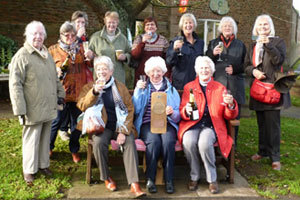 We meet at 2pm on the second Wednesday in the month in Bamburgh Pavilion.

A number of Bamburgh W I members celebrating the 95th birthday of their institute and the installation of their 5th Bamburgh village seat.

In 1953 the institute presented a seat to the village to commemorate the Queen’s Coronation, sixty years later the seat has been replaced to commemorate our Queen’s Jubilee.

The original seat was made from the teak timbers off a ship the S.S. Atlantic by a firm of ship breakers, Hughes and Bolckow of Blyth.

This ship was possibly a vessel that sank in 1873 under the flag of the White Star Line, the same line as the Titanic. The W I has retained a plaque made from the seat structure and holding a registration plate of the brokers and a copper plaque celebration the Coronation as it is felt to be of historic interest.

For More Information you can Contact the Bamburgh WI Secretary on Tel: 01668 214429‬

On 9th September we held a very informal meeting in Bamburgh Pavilion. We did think that this would be the welcome start of commencing our meetings after lockdown, but after the Government’s ban on meetings of over 6 people, this would be the last meeting for the foreseeable future.

During our extremely short business meeting, Liz read the minutes of our last meeting in March, and Janet announced the very sad closure of Denman College. There was some discussion about this.

We then drank a toast to ourselves and it was a pleasure to see everyone again after so many months. We talked about our experiences throughout lockdown and were all glad that we had all come through it unscathed. We all thought it was an informal, but delightful little meeting.

Our next meeting would have been on 14th October. We can’t have a meeting on that date, but we decided to go for a walk. This can be as long or short as you wish, and we will be walking in groups of 6. Please meet outside the Pavilion at 10.30 on 14th October.

The Bamburgh sand castle/sand sculpture competition 2017 was well subscribed and everyone had a great time taking part, the weather also stayed dry!! 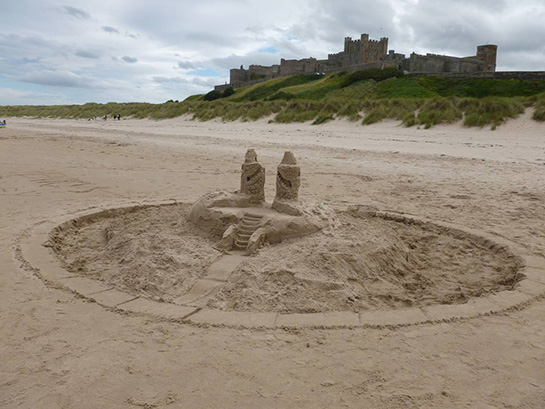 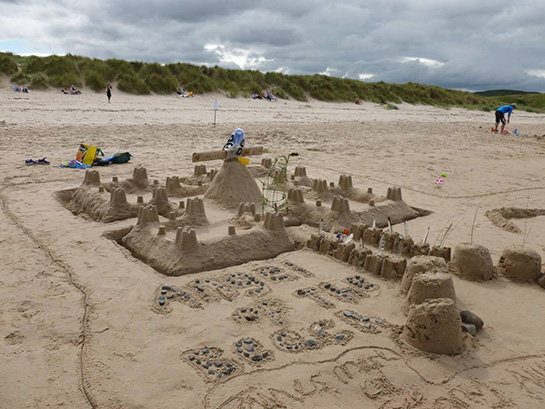 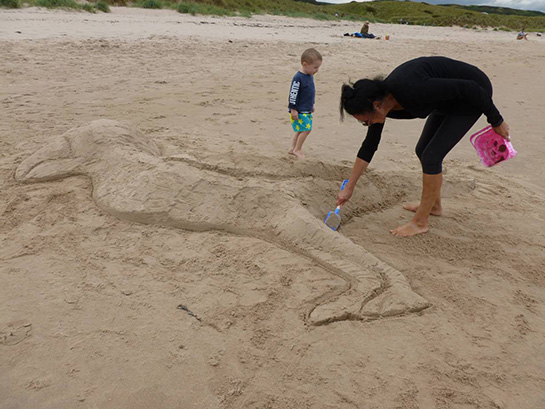 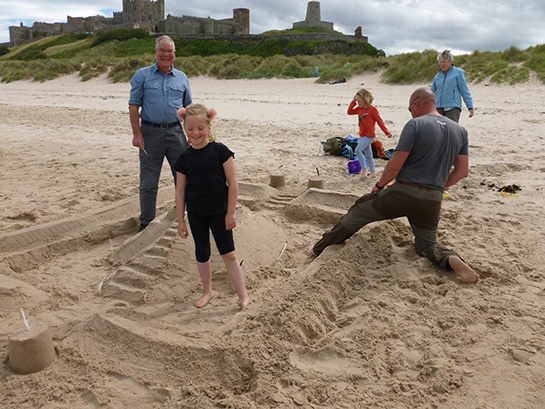 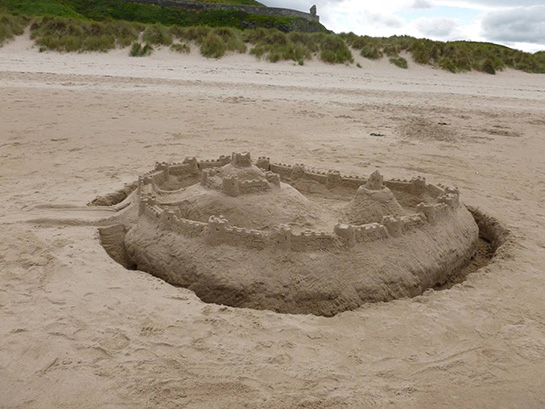 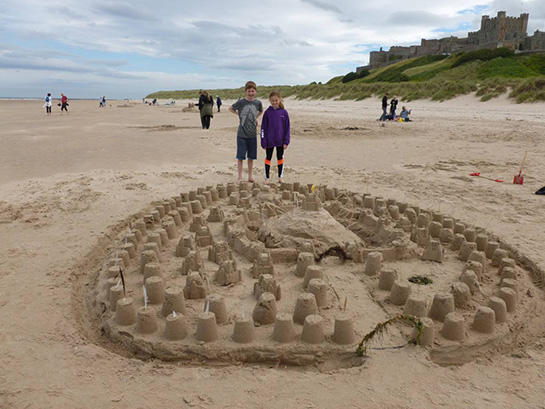 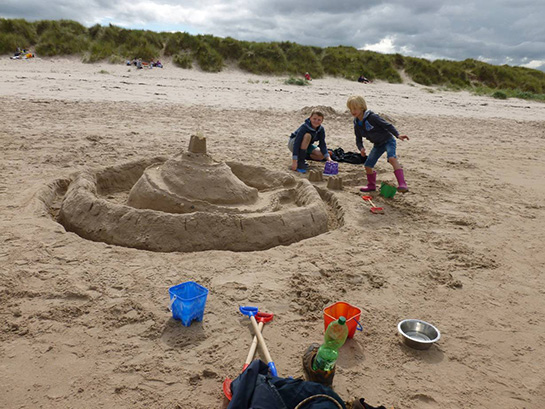 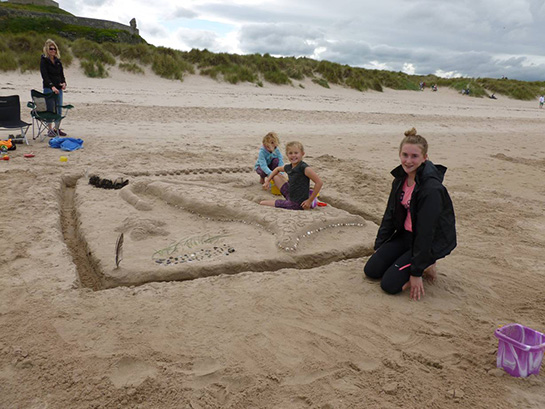 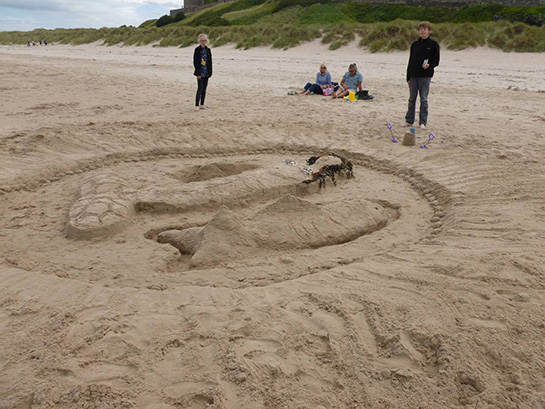 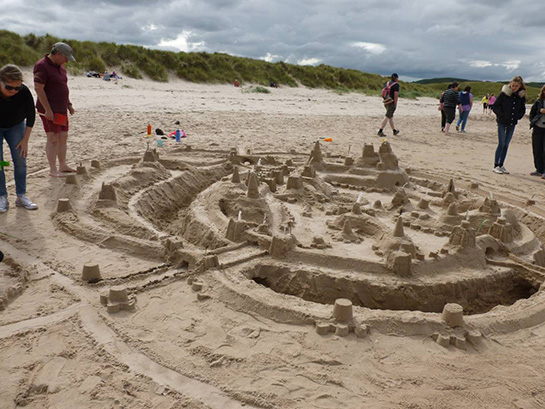 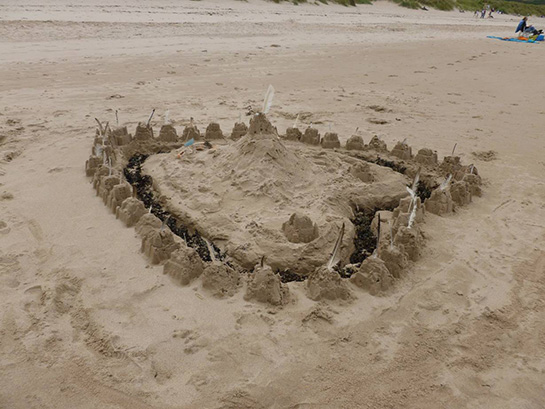 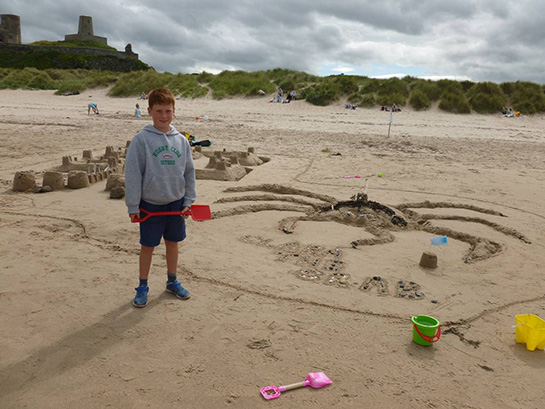 It was standing room only when members from many Northumberland institutes gathered to hear who had won the Sand sculpture trophy for this year’s challenge ‘THE HUMAN FORM’. Once again Hedgeley came out top pipping other institutes to the post by a very small margin as the judge, Derek Mallinson, said there were many sculptures he could have chosen in a less competitive field.

Once again Bamburgh was lucky with the weather and all the competitors enjoyed the cut and thrust of the competition with sand flying as huge mounds were dug and shaped into some incredible human forms. Institutes experiencing their first sand sculpture challenge thoroughly enjoyed the event and declared they were very much looking forward to entering again.

See videos of the event below.

Eglingham WI with their sunbathing beauty, obviously on a naturist beach!

Marian Chivers, Di Bell, Diana Mills and Audrey Wiggins from Longhorsley WI. Was it praying to the sun God!

The Hedgeley winners once again, finishing off their amazing sculpture.